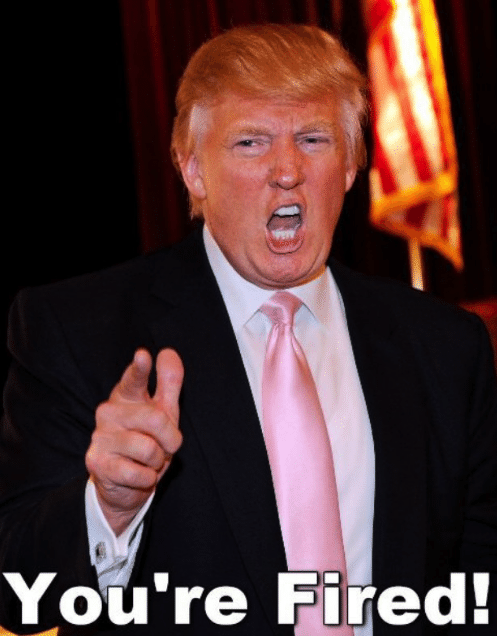 In this day and age of human resource sensitivity firing someone can sometimes be viewed as callas and a risky option for a CEO. Most people get hired for their skills and abilities, but ultimately get fired for their character and values – which are typically tied intimately to their misaligned “soft skills”. Because its the “soft skills” that most get fired for, the processes for assessment and exit are often not suited to the execution of the exit, and as a result it all can get a bit murky. Of course there are the simple cases of basic incompetence, but we all know how rare they are, particularly if you’ve applied even rudimentary recruitment due diligence. More often than not, the core competence is moderately satisfactory, but their emotional and social intelligence are low. This low EQ & Social Q (as Daniel Goleman has defined it) costs you greatly in cultural cohesion, and ultimately minimises the possibility of high performance. Moreover the absurdity of the situation is, due to the employee’s low EQ & Social Q, they are blissfully unaware that the rest of the team can’t work with them, and that they are not aligned with the business. @DanielGolemanEI So how do you align your firing process with soft skills? The best example I have seen in my almost 20 years of coaching was born from an ironically global behemoth of a company, with a generally poor approach to communication around Purpose, Autonomy & Mastery (which Dan Pink tells us is the key to great #leadership) @DanielPink. They had, like many global organisations, developed an “employee engagement survey” as a means of lip service to the concern they were not listening to employees… Of course they had no idea what to do with the survey results, and no intention of actually doing anything other than scolding their regional CEOs when the results were poor. Fortunately the Asian Pacific CEO (my client) was frustrated with the pointlessness of the effort and wanted to leverage it instead. Like anything, you must have CEO buy-in, which we had, so we found a clear pathway. Edgar Schein in 1985 defined a culture as having three concentric layers – the Core Assumptions (we called the “Unsaid”), surrounded by the Stated Values, Behaviours & Beliefs (we called the “Said”) with a final layer of the Artefacts or the systems, symbols and organisational structures (we called the “Schemas”). It was Schein’s insights that we used to make meaning and ultimately develop KPIs to hold the #leadership accountable to. It was these Cultural KPIs that allowed us to map EQ & Social Q to performance conversations with the #leadership team. So exactly how did we do that? As a #leadership team we took all the “employee engagement survey” questions and divided them into one of the three categories of the Unsaid, Said & Schemas. We discussed how they related to each and why, and then exactly what score we required each business unit to achieve (individual #leadership KPIs), as well as the company overall (CEO KPIs) – the metrics for #leadership EQ & Social Q were born. The survey was conducted every 90 days so we had historical data as well as projected data and, more importantly, target data. The pathway to firing on soft skills had been found. Given each of the #leadership team were engaged around the development process of these Cultural KPIs none of them could argue ignorance, nor non-compliance. Coaching was also aligned for each of the leaders to give them the best chance of success and alignment. After two quarters of data, it became clear which leaders were demonstrating strong soft skills in the form of EQ & Social Q, and which were not. These non-performing leaders were clearly having a negative affect on their team, were obviously hard to work with and unfortunately not prepared to change – despite being technically well qualified. Given the KPIs demonstrated 6 months of non-performance the CEO had the way paved to exit them. They really had no defence and the exit was relatively smooth without legal repercussions. The impact on the entire culture was immediate as far as the organisational climate was concerned, and importantly they were reflected in the next 90 day employee survey numbers. In Summary
character culture firing leadership sacking values